Welcome to the Castle Clubhouse page, for all those who love sweet romance stories.
Here you’ll find the description and bios of the show and cast, including an update on where
they are now, and get hints on the mysterious man that keeps showing up.

Castle Clubhouse is an American children’s variety show created and produced by Tom Bosworth via Warner Brothers Television. The show had an ensemble cast of talented youth ranging in age (at the start of the show) of ten to fourteen, guided by their ever-patient leader “Big Bill Whittaker” and his assistant, a young Donovan Baxter. Future celebrities included television star Samuel Delaney, award-winning singer Matthew Mackenzie, Broadway star Jennifer Van Dyke, along with successful writers Laura Manchester and Nicholas Varela.

It aired for five seasons on the CBS network. Originally sponsored by Lecour Napkins and Toys R Us, the show followed the musical adventures of ten children who congregated after school at the huge backyard fort of a beloved neighbor and his nephew, a teacher at the local school. Each time they entered the fort, it magically turned into a large medieval castle complete with towers, moat, courtyard, and great hall. Most episodes revolved around songs, dances, and the learning of an important life lesson.

Castle Clubhouse ran for a total of 115 episodes. The show enjoyed blockbuster ratings during its original run and has had a solid following during the past decade of syndication.

Bill Whittaker as “Sir Bill,” the head of the castle and leader of the group. Nicknamed “Big Bill” due to his broad shoulders and massive height, the dramatically trained actor delighted in playing the lead and constantly marveled at the talent of the young cast. After touring the world in stage productions of “The Music Man” and “You Can’t Take it With You,” Whittaker surprised audiences with his engaging performance as the eccentric uncle in the Buster Brown movie franchise, then turned to television for his engaging roll of kind friend to a neighborhood of kids in Castle Clubhouse. Whittaker raised three children—Dave (deceased), Gwendolyn (Sunny), and Aaron—with his wife of many years, Rose. Since completing the series, Whittaker has retired, choosing to leave Hollywood. No word on his whereabouts.

Donovan Baxter as “Sir Donovan.” This was Baxter’s first major role in Hollywood, other than a few walk-ons in various movies and television shows. Mid-run of the series, he was cast as Carson Fleming’s brother in the movie Midnight Chances, which was a worldwide success. He continued his movie roles, including an Oscar winning performance in Handle With Care.  Later, he partnered with Castle Clubhouse producer Tom Bosworth to form Bosworth Baxter Productions.  (Editor’s note–See All’s Fair in Love and Fame)

Nick Varela as “Sir Nick.” Castle Clubhouse was Nick’s first acting role. A native of Southern California, Nick was active on the surfing scene and when not filming. After Castle Clubhouse, he received a degree in creative writing from UCLA and has had success partnering with fellow cast Laura Manchester before going out on his own to New York, where he is a playwright. (Editor’s note—See Writing Exes)

Laura Manchester as “Lady Laura.” Considered one of the nicest members of the cast, Laura came to Castle Clubhouse with virtually no acting experience but quickly became a fan favorite. Following the show’s finale, she attended UCLA, graduating with honors in their Creative Writing Department. She successful wrote with Nick Varela for years before going solo, writing for television. (Editor’s note—See Writing Exes)

Samuel Delaney as “Sir Sammy.” Delaney had appeared in commercials and guest spots on television before starting with Castle Clubhouse. He made several “coming of age” movies before graduating to more adult roles. With his role as Vince Banning on the popular series Capital Crimes, he has solidified his television stardom. (Editor’s note–See The Write One)

Jamie Brogan as “Lady Jamie.” Jamie was the “newshound” of the group. Her curiosity and love of reporting was legendary on set. She has a degree in journalism from USC and is a successful reporter, her articles appearing in major newspapers all over the world, as well as occasionally reporting for various news programs.

Dylan Van Dyke as “Sir Dylan.” Heralded as one of the brightest talents on the show, Dylan also had the congeniality to go with it. The son of entertainment giant Edward Van Dyke, Dylan was a veteran of show business before starting Castle Clubhouse. Dylan currently resides in Philadelphia, where he divides his time between acting and his hobby of construction. (Editor’s note—See Down the Romance Hole)

Ashley Anderson as “Lady Ashley.” Everyone in the cast would point to Ashley as the most serene of the group. Besides her talent for singing and dancing, she had a warmth on the show that made her a fan favorite. Still living in Southern California, she is a certified nutritionist for a local hospital and teaches exercise classes.

Matthew Mackenzie as “Sir Matt.” The guitarist and singer initially gained fame as the middle brother of the group “Mackenzie.” The band took a break when Mackenzie filmed Castle Clubhouse and he quickly became one of the most popular cast members. Since the show ended, Mackenzie has toured and recorded, gaining fans all around the world. (Editor’s note–See The Best Laid Plans)

Jennifer Van Dyke as “Lady Jennifer.” Being the daughter of Edward Van Dyke (Dylan’s sister), Jennifer was already a veteran of commercials before gaining a role on Castle Clubhouse and was often paired with Mackenzie in the show’s dance sequences. After the show wrapped, she attained stardom on Broadway, appearing as “Belle” in Beauty And The Beast” and “Millie” in Thoroughly Modern Millie. She currently is not in the entertainment industry.(Editor’s note–See The Best Laid Plans)

Joey B Trent as “Sir Joey B.” The adorable, younger member of the group made his entertainment debut on Castle Clubhouse, gaining almost as many admirers as Matthew Mackenzie, with his mischievous behavior, both on and off screen. Following the children’s show, Joey B attempted a career in teen movies but soon retired from the industry. He is currently employed as a firefighter/paramedic in Los Angeles County. (Editor’s note–See Where There’s Smoke)

Mandy Summers as “Lady Mandy.” Deemed the “golden girl,” with her long, curly blonde hair, Mandy was always in demand during her Castle Clubhouse days. After the show, thedid a few B movies before settling in Las Vegas, where she got into some trouble with authorities. No information on her whereabouts.

The cast members of the iconic show Castle Clubhouse need help to find the love of their lives, and a mysterious stranger is the one to do it.
In the series you’ll find the stranger showing up in a variety of ways:

How about a few clues?

If you haven’t read the first book, the novella The Course of True Love, that’s the place to start. Everything you need to know is there. Really.

And don’t miss the finale, the explanation of all things Castle Clubhouse, coming December 2021!!! 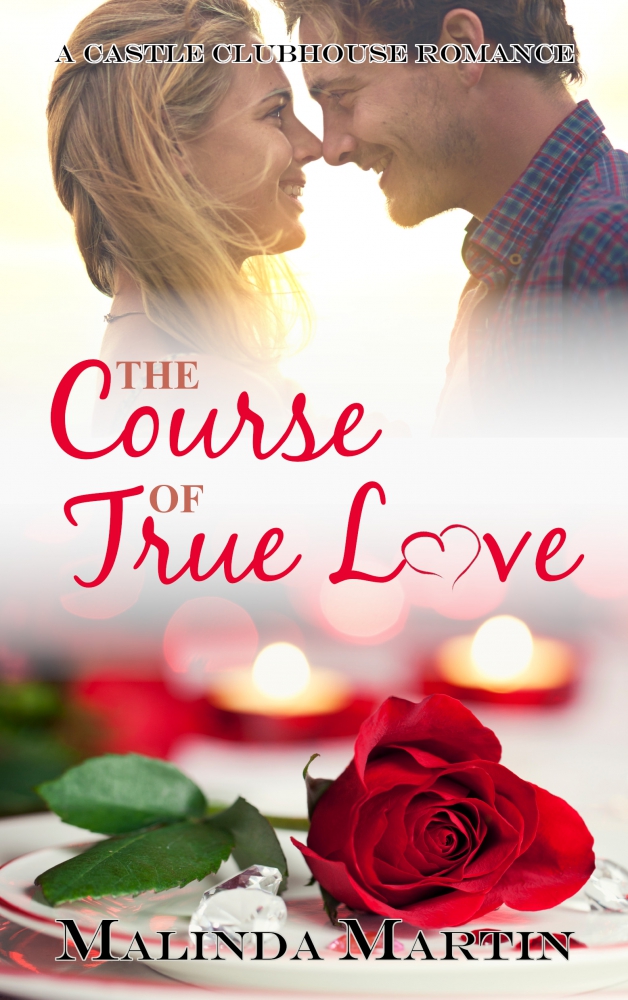 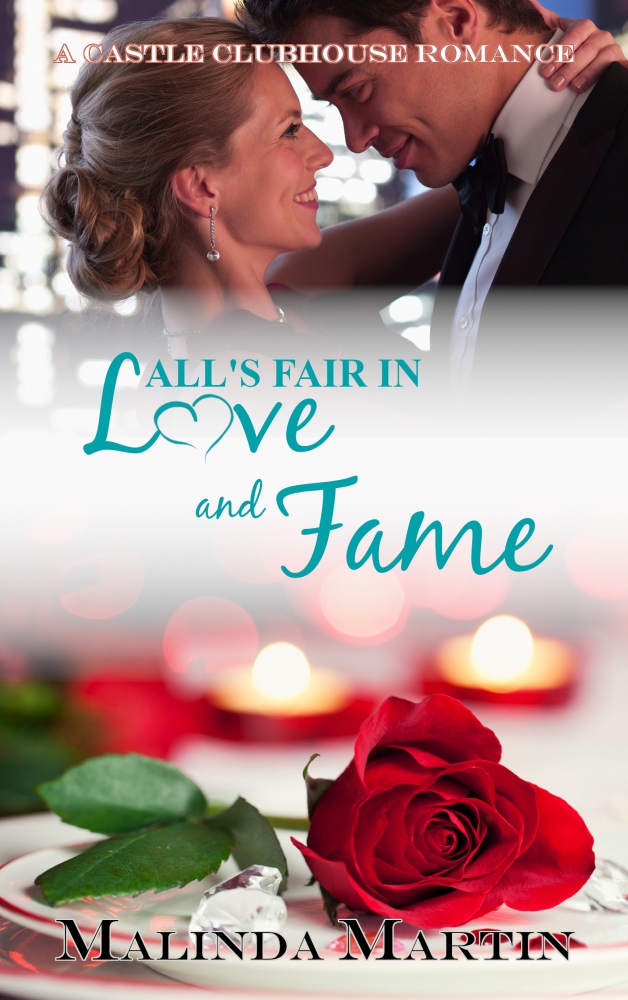 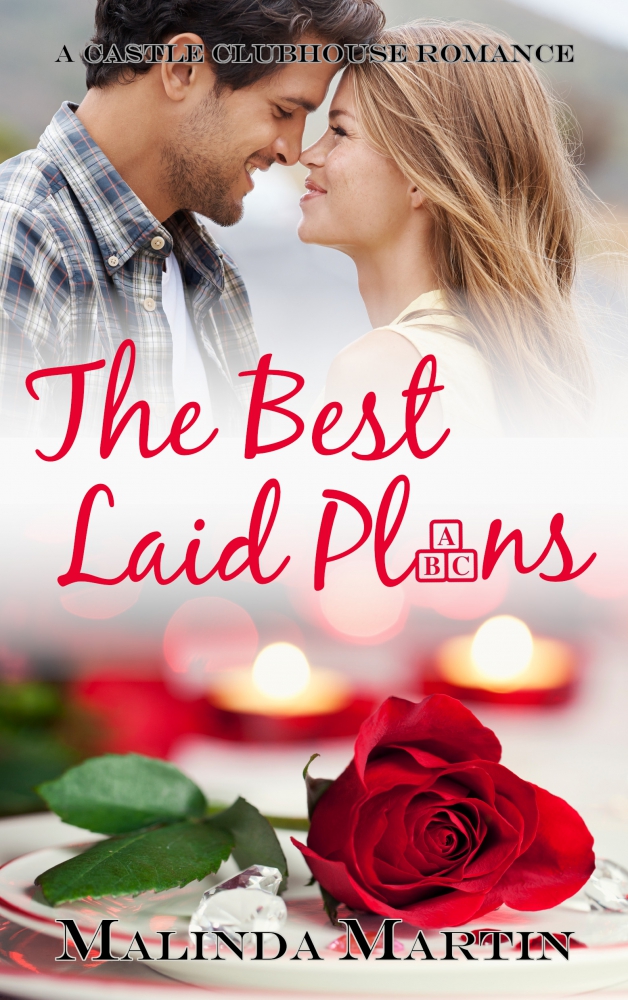 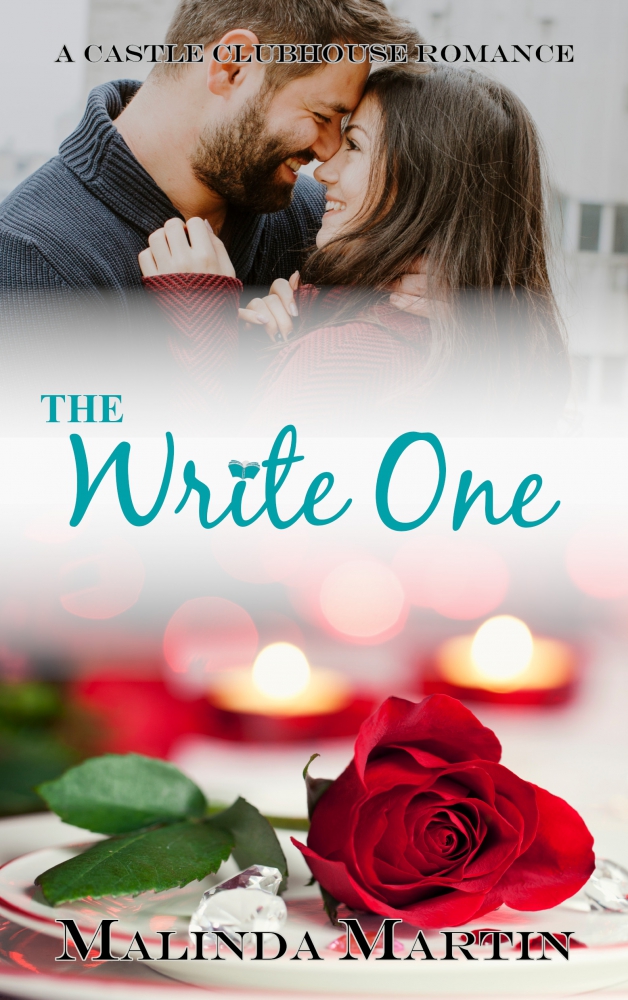 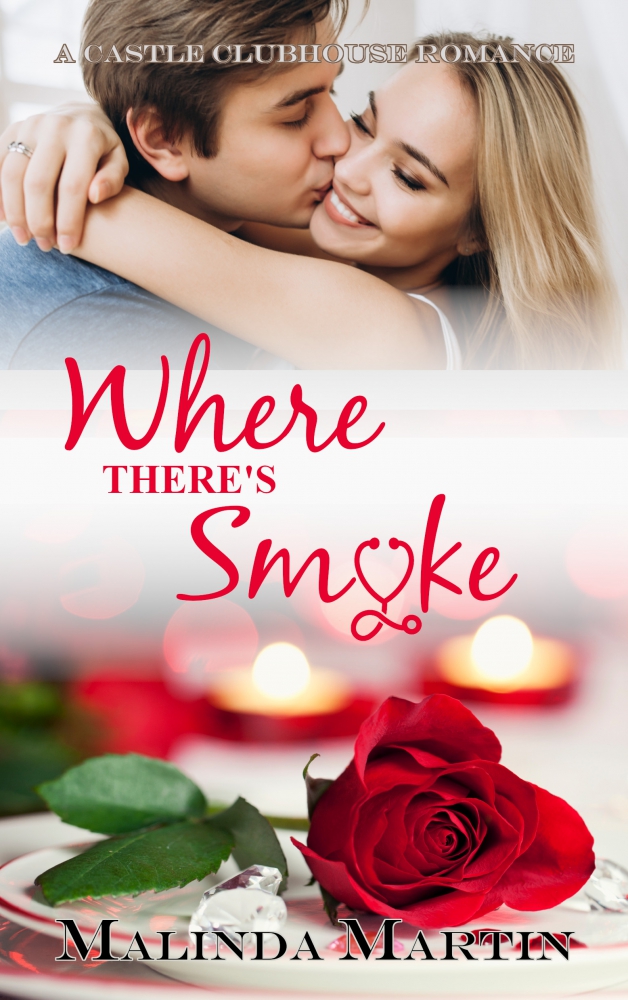 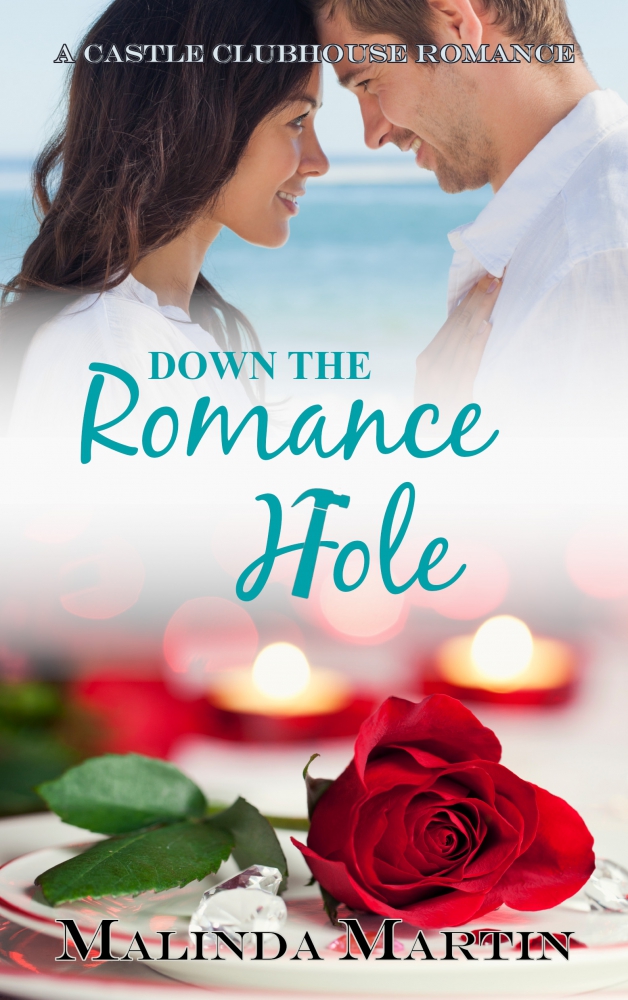 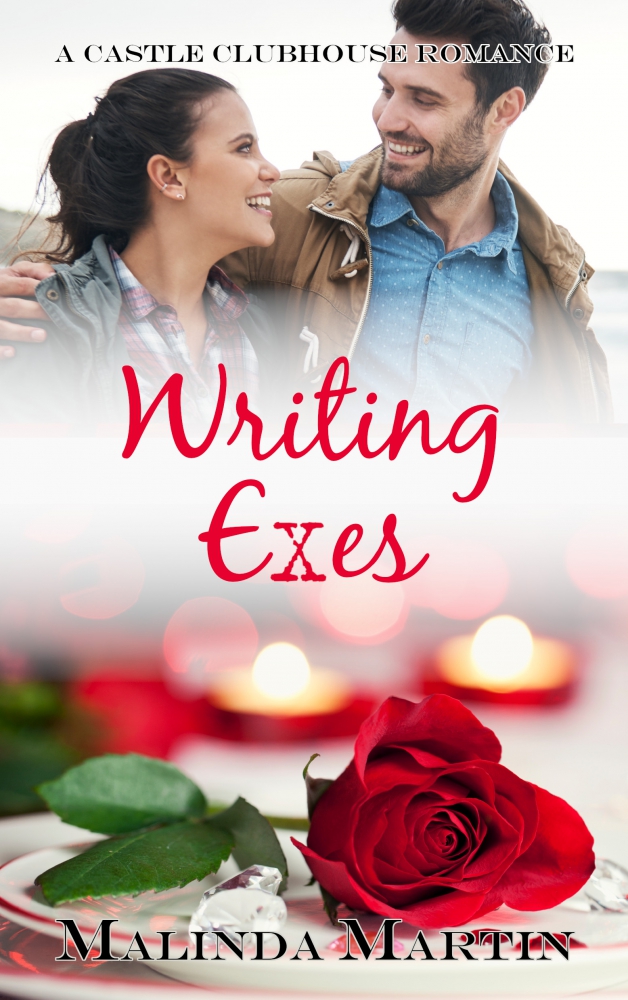 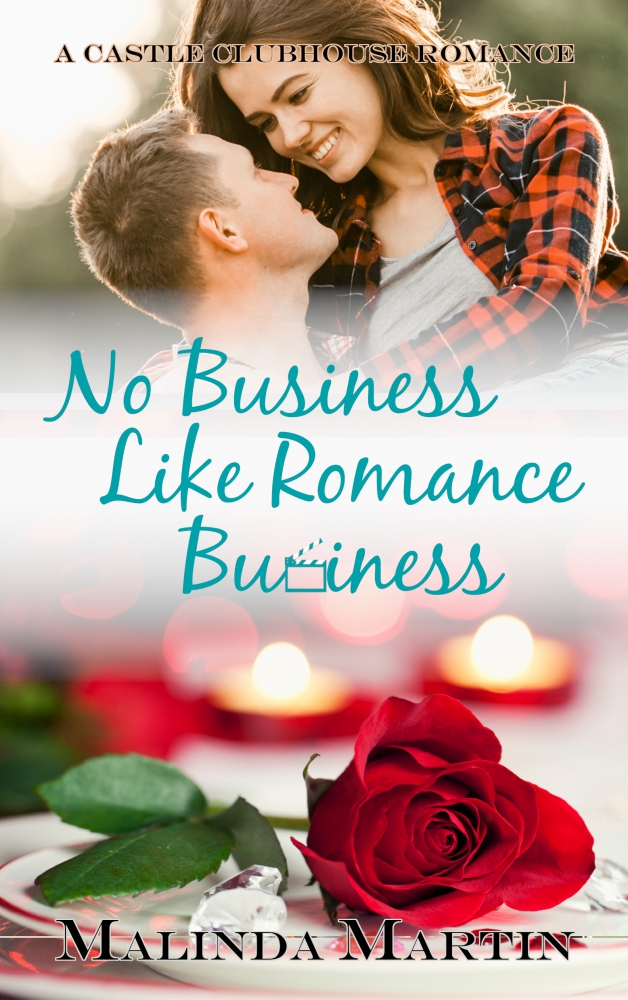 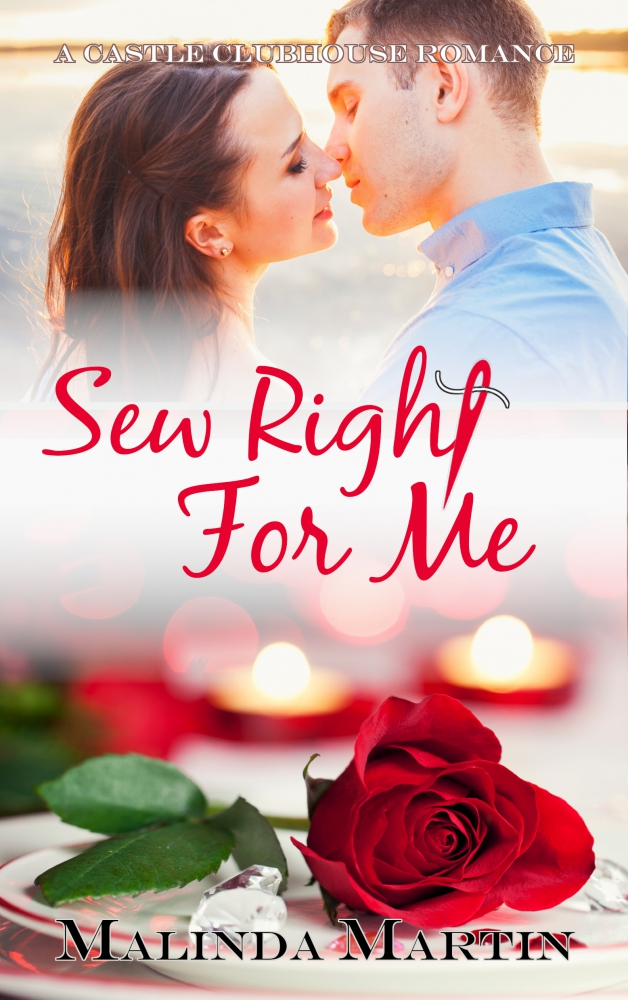 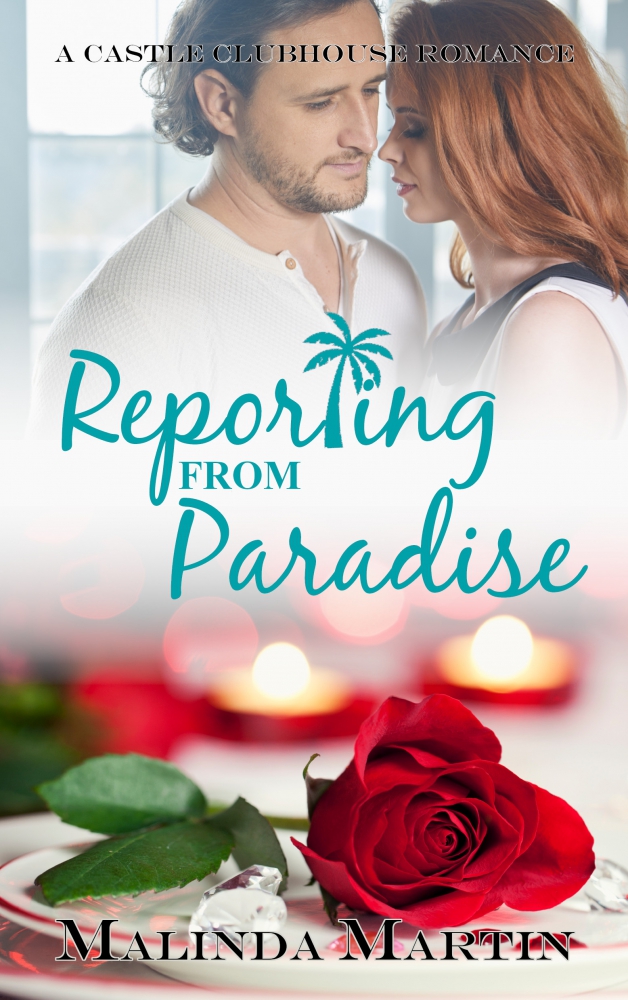