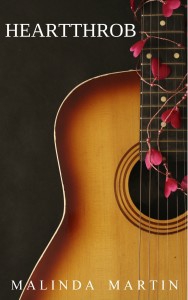 SHE'D LOVED HIM FROM AFAR AND DREAMED OF ONE DAY MEETING HIM. WHO KNEW IT WOULD BE IN JAIL.

As an up and coming attorney, Julie Beaumont volunteers time as a public defender. However, she could have never guessed that one of the cases assigned to her would be representing Steven Rivers, famous singer/musician and Julie’s first love. After getting him released, she is determined to find the real murderer and clear Steven of suspicion. After all, she wants to give something back to the man that gave her years of happiness with his songs.
That’s all. Nothing more. At least that’s what she keeps telling herself.

Steven Rivers’ life is in the gutter, and falling further until he meets a petite, brunette lawyer with fire in her eyes. Although not his normal type of woman (How come she’s not falling at his feet?) Julie Beaumont intrigues him. And more. But when the actual murderer objects to Julie’s investigating, he realizes that he must do more than lust after her.

It’s a “whodunit” with the unlikely alliance of a forceful, conventional attorney and a celebrity singer. Together they’ll find the true culprit or die trying. And in the meantime, discover feelings for each other that make the heart throb.